Coming out of Hibernation

Smart Riding – Going Against the Traffic

Photographing your Motorcycle with a Smartphone

Why I May Never Upgrade from Yamaha MT-07 LAMS?

Your wheels are your pride and joy!! So its only natural as you ride the motorcycle you want to take photos of the great locations you get to. Most of us would have a smartphone in our pocket, so I wanted to share some tips on photographing your motorcycle with a smartphone.

So I share some examples and tips in this post that will help you take better photos of your pride and joy.

Low angle shots have two advantages; one – the bike looks bigger and more magnificent; two – it will let you capture a wider perspective of the scene. You can also tilt your smartphone camera towards the heavens so that you capture more of the landscape behind the bike and the skies.

In the image below, I am kneeling down and leveling the smartphone camera (shot with my iPhone 7) with the headlight of the camera and tapping the screen to focus on the bike before taking the shot. You’ll notice that I also shoot into the side the bike leans into, however, if you shoot from the other side the bike would look smaller as its already leaning to the opposite side. 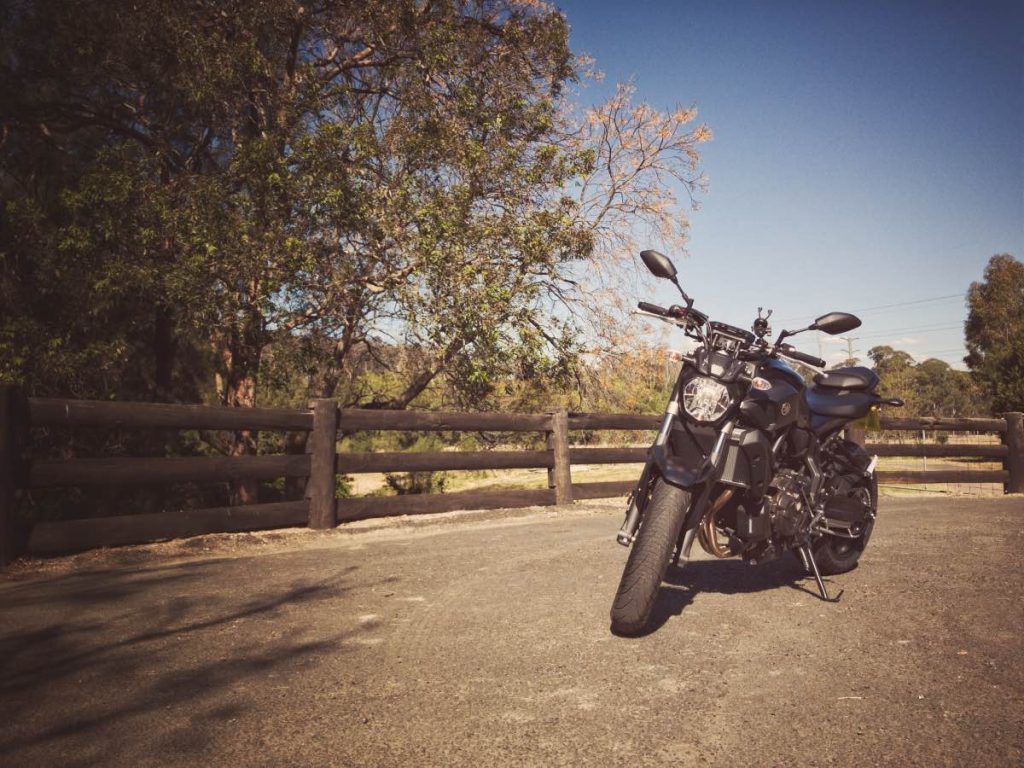 In the image below, the camera (shot with my iPhone 7) is very close to the ground and tilted up to capture the bikes and also the surrounds where we are. The same image taken standing up would look a lot different and the bikes will not look as good. The one problem with the image below is that the bike closest to the camera is not parked at the same angle as the others. This makes the image slightly off. 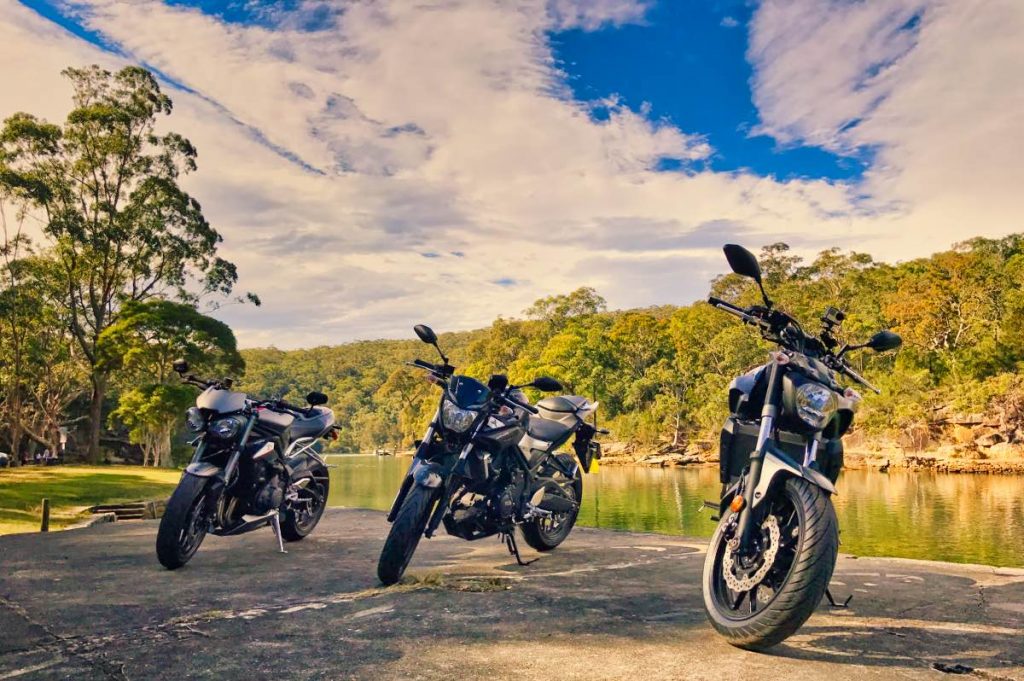 Here are few more examples that are taken the same way from a low angle. 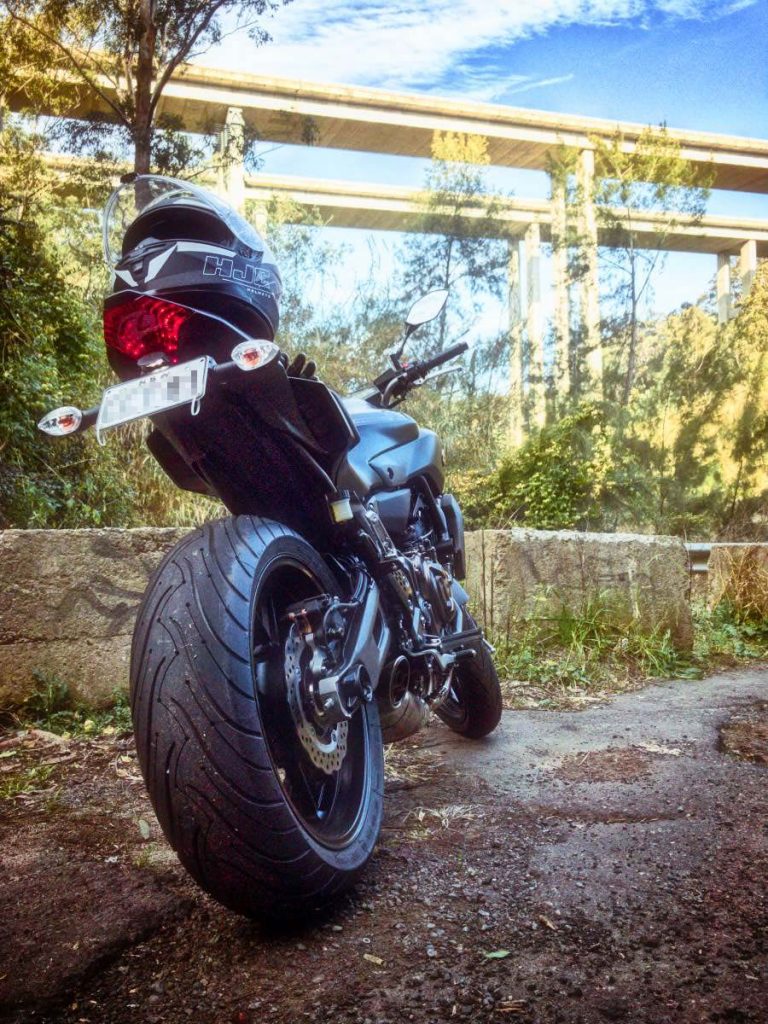 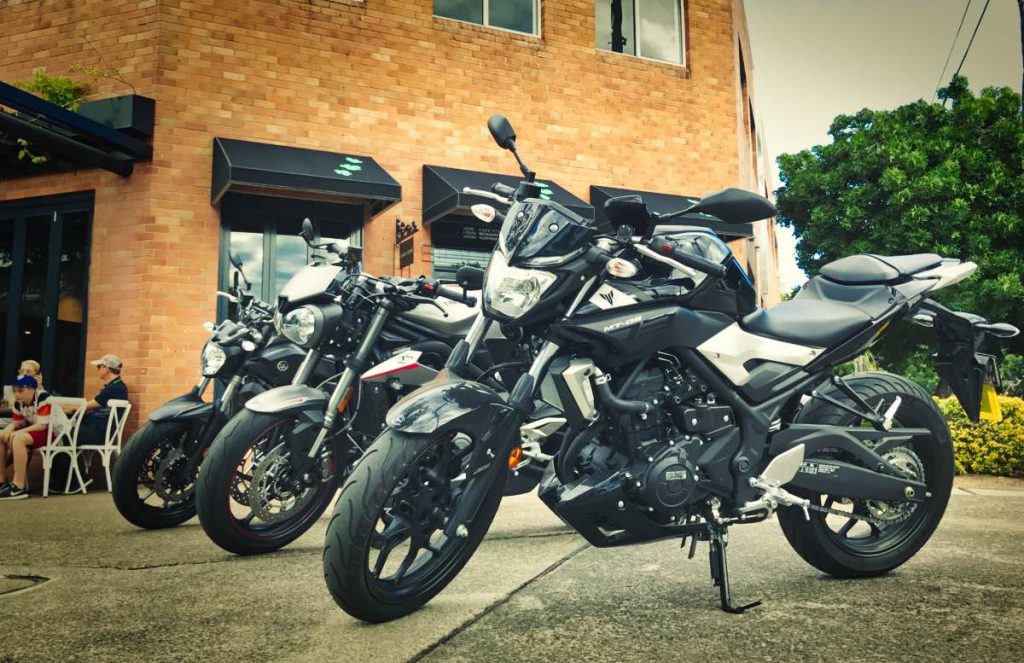 As you can see in the image below, firstly having the bikes lined up next to each other at the same angle but what makes it look really nice is the fact that the camera is raised above my head when I took this shot (again with iPhone 7). You can see a lot of details in the individual bikes. 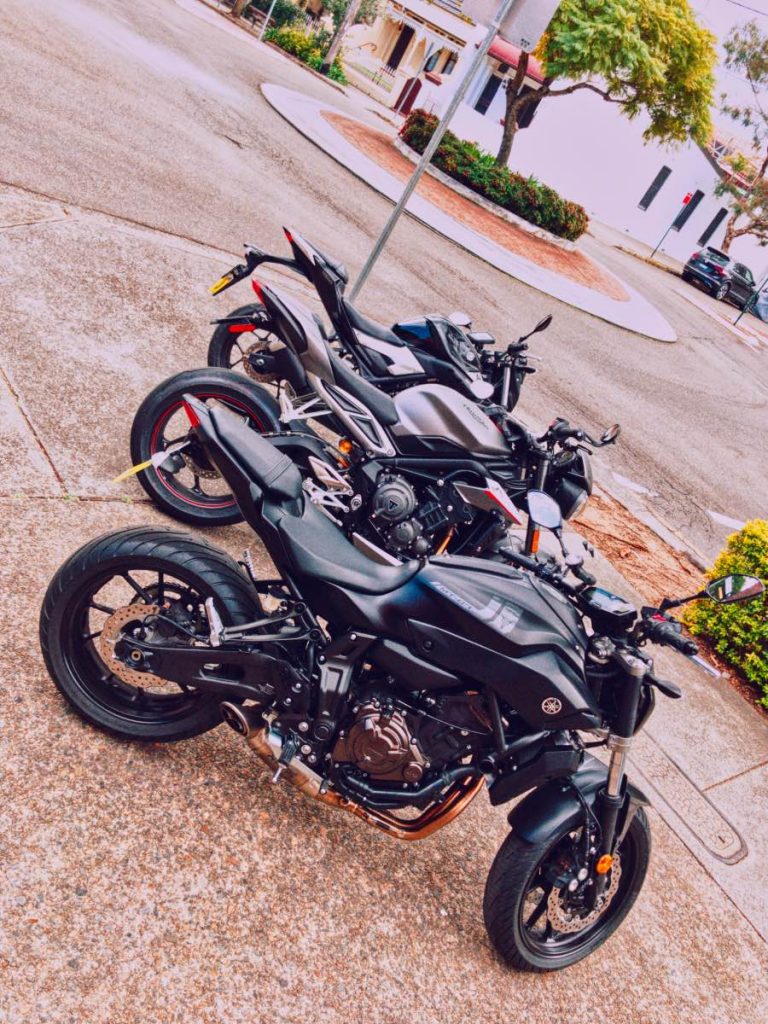 I hope you found these tips useful and they will help you take better photos of your motorcycle. I will do a future post where I share how I edit some of the photos I take with my smartphone.